Named Maksur, meaning “cut”, as the south part of the reef looks like it has been cut down in the middle, the narrow 1,5 km long reef is entirely surrounded by steep walls, which meet the seafloor at a depth of 100 m. This fact, combined with the reef’s exposed location, often leads to strong currents and demanding diving conditions, making it unsuitable for beginners. This is a very large reef with at least three diving spots. An adventure dive with strong current, spectacular drop off, sharks and big pelagics.

The reef is formed with two plateaus in the northern and southern edges, whereas east and west walls offer a mild current as you can drift all over the walls with all the magnificent reef formation. The north plateau starts at 22 m and goes down to 40 m, where the drop-off starts and continues down to 90 m+. The south plateau starts at 18 m, sloping to 38 m, before cascading into the blue for more than 100 m. There, at 20 m, you will find two pinnacles that rise up to 6 m from the surface. Their position next to the mooring point makes them perfect for your safety stop. Both plateaus have lots of coral blocks populated with soft corals and gorgonians.

The whole reef is well known for sightings of pelagics and big fish. Grey, hammerhead and white tip reef sharks are just the tip of the iceberg here. Depending on the season, you may also see mantas and whale sharks. Turtles, dolphins, napoleon wrasse, tuna and barracuda are frequent guests here. 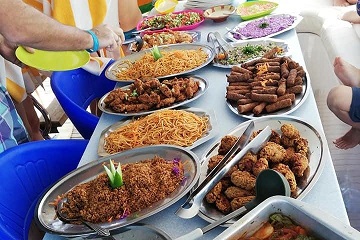 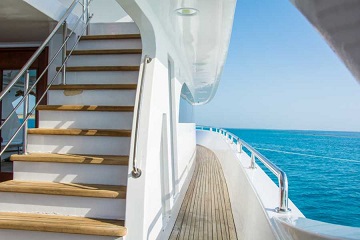 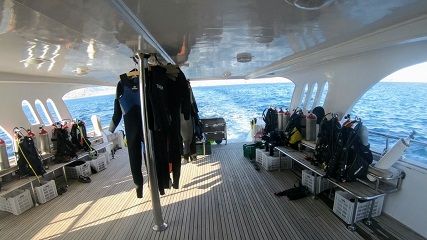 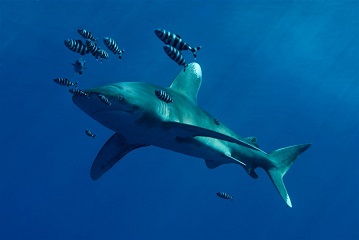 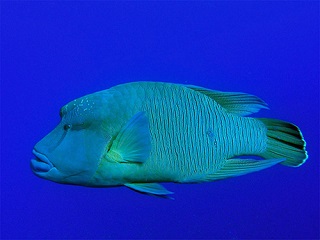 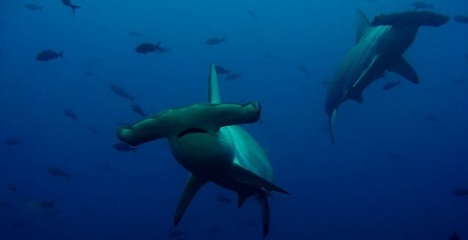 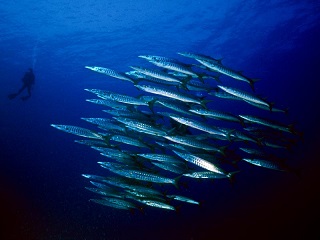 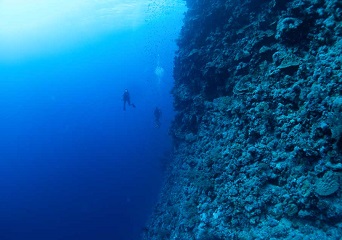 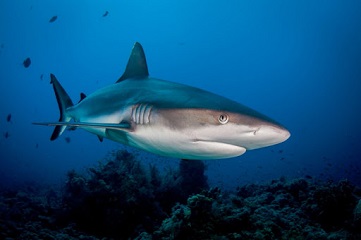